How Chester Bennington Gave A Generation Exactly What It Needed 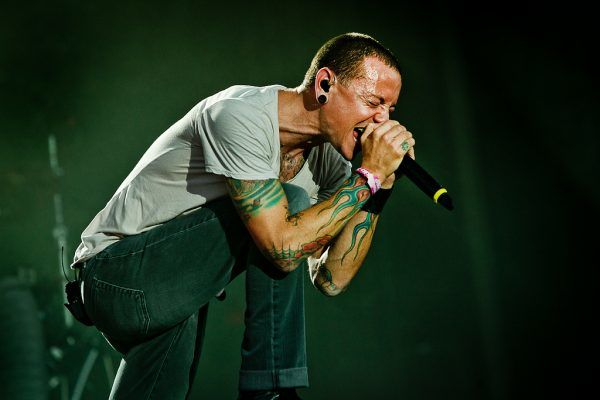 Bennington burst onto the music scene back in 2000, when Linkin Park became an overnight sensation with their outstanding debut album, Hybrid Theory. And since then, he inspired a generation by sharing his own struggles with mental health through his brutally honest lyrics and candid interviews.

Born in Arizona, 1976, Bennington was sexually abused and bullied for much of his childhood, and he battled substance abuse throughout his adult life. It was Bennington’s bravery to speak and to sing about his feelings of depression that won him a loyal following of fans who found acceptance and hope in his lyrics.

Hits from the first album, such as “Papercut”, “One Step Closer” and “Crawling” spoke to fans who felt excluded by mainstream pop culture and helped them cope with their emotions.

For so many listeners, Bennington’s lyrics provided a much-needed source of solace and soothing and gave them a non-violent outlet for their angst. A generation of teenagers were reassured through Linkin Park’s music that they weren’t alone. The band’s massive popularity is a testament to their positive impact on young people, as they took listeners from the solitude of their bedrooms to packed out arenas filled with fans who shared their pain.

Unlike traditional metal music, which almost always involves a power-house lead vocalist screaming their anger, Bennington sang clearly and often softly. You can hear his pain so clearly through each album as he melodically narrated his struggles with mental health against a backdrop of heavy metal riffs and rapping from Mike Shinoda.

It struck a chord with people the world over who were battling conflicting emotions that ranged from quiet sadness to roaring defiance, and made them feel that, in a world that often seemed overwhelming, their voices were being heard and understood. Bennington was speaking to them and for them.

In their second album, Meteora, Bennington’s voice and insecurities came across even stronger. And in hit song ‘Numb’, Bennington once again summed up the feelings of millions of marginalised music-lovers with the line, “All I want to do is become more like me and be less like you”.

But Linkin Park weren’t content to just remain spokespeople for teen angst. As their fans grew up, so the band too changed and developed and matured, trying new things and exploring different genres. They worked with Jay-Z for the Collision Course EP and more recently collaborated with Stormzy.

For their third album, Minutes to Midnight, the band teamed up with legendary producer Rick Rubin. Stepping away from their trademark aggressive sound, Linkin Park began to appeal to a broader, more mature audience.

And the band continued to explore different musical genres in their fourth album, A Thousand Suns, by fusing their iconic sound with electronic beats. Their fifth album, Living Things, combines musical elements from all of their previous records, while the band’s sixth album, The Hunting Party, signalled the band’s welcome return to a heavier rock sound.

Their seventh album, One More Light, was released just a couple of months ago and was a much more melodic album. Listening to it retrospectively, it now sounds like Bennington’s goodbye. In “One More Light”, Bennington softly sings, “Who cares if one more light goes out? In a sky of a million stars”, and it feels pre-emptive.

Beyond Linkin Park, Bennington also formed his own band, Dead by Sunrise, as a side project in 2005 and worked on material with Stone Temple Pilots. He also made cameo appearances in several films, including Crank, Crank: High Voltage and Saw 3D.

Linkin Park supported several charities over the years, including Make-A-Wish and the United Nations Foundation. They also set up the fund Music for Relief, and played a range of concerts to raise money for victims of disasters such as Hurricane Katrina and the 2004 tsunami.

Throughout his career, Chester Bennington’s inner demons were in many respects another member of Linkin Park. Ever-present through every song lyric and primal scream, they spoke to listeners the world over who were struggling with their own internal conflicts.

In an official statement following Bennington’s death, his bandmates said, “It was the way you sang about those demons that made everyone fall in love with you in the first place. You fearlessly put them on display, and in doing so, brought us together and taught us to be more human. You had the biggest heart, and managed to wear it on your sleeve.”

To his fans, Bennington not only represented a bygone era of baggy jeans and bike chains, but a symbol of honesty, strength and hope. He will be missed the world over.

“Who cares if one more light goes out? In a sky of a million stars…well I do.”