It’s only in the world of Iron Maiden that Spitfires can come soaring out of the clouds at you, before the show even begins! That’s is exactly what happened at this years download Festival as an amazed crowd were wowed by a flypast arranged by the band. No sooner had the glorious roar of Spitfire engines faded when the sound of ‘Doctor Doctor’ by UFO was blasted out of the PA system, as all Maiden veterans know, this means Eddie and the boys are close! 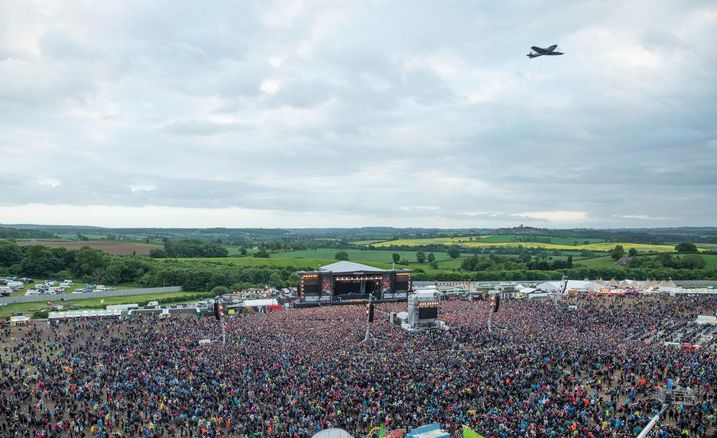 And then Iron Maiden erupt onto the stage, Bruce Dickinson is a ball of energy, running all over the ‘Seventh son of a seventh son’ inspired stage as the band play classics like ‘Moonchild’, ‘Can I play with Madness’, ‘2 Minutes to Midnight’, ‘The Prisoner’ and ‘Afraid to shoot strangers’. It is a glorious sight to behold as the band really seem to be having fun with the songs tonight. Bruce’s voice is spot on and the band are as professional and tight as ever.

There is much banter to be had as Bruce gives thanks to the RAF pilot and crew who arranged the awesome flyby earlier as well as some cheeky self advertising for their new Trooper beer. We then get ‘Run To the Hills’ and ‘Wasted Years’ as if that’s not goose bump inducing enough Maiden then give us Seventh Son of a Seventh Son’ in it’s entirety! Absolute fucking magic! 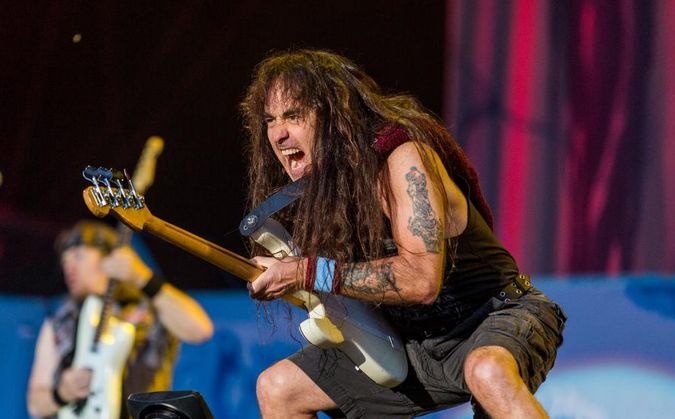 ‘Fear of the Dark’ closes the set, but, in Bruce’s words ‘It’s not over yet, not by a long chalk!’ Of course the band come back for an epic encore playing ‘Aces High’, ‘The Evil That Men Do’ and ‘Running Free’!

But still there is more, because if you simply must have more Iron Maiden , the band announced towards the end of the set that they would be playing another gig in London at the O2 this year!

And that, my friends is another amazing Iron Maiden performance that I think everyone was proud to be part of!