NEW Volbeat album and merchandise now in available for pre-order!

Volbeat are back: Their new and sixth album “Seal The Deal & Let’s Boogie” will be released on June 3rd 2016.
“Devil’s Bleeding Crown”, the opener of the fantastic new Volbeat album, will already make you jump up from your chair after the first beats already: the threatening guitar, the staccato-styled and dynamic drums, Michael Poulsen’s signature vocals – effortlessly varying between guttural growls and a shocking vibrato – and finally the eruption in an absolutely irresistible refrain that only one band can can pull off: an instant smash hit of the highest quality!

Best news first: Volbeat are back, three years after their international multi-platinum topseller “Outlaw Gentleman & Shady Ladies”…and they’re taking no prisoners. The Danes have managed to create a unique sound over the years. There’s no one out there who is able to combine metal with hymn-like choirs quite like these guys. Thanks to this concept, Volbeat can look back to unique and acclaimed career with millions of albums sold. However, all this wouldn’t be if Volbeat didn’t constantly question and reinvent themselves.

Volbeat has become one of the most successful Metal/Rock’n’Roll bands of our times. Not only in Europe, but also in the USA…which still is a remarkable achievement for a European band.

We are pleased to announce that you can now pre-order the new album (available 03.06.16) in several different and very special formats,,,including a special edition that comes with boxing gloves!!! Check out all of our new Volbeat items and place your pre-orders here 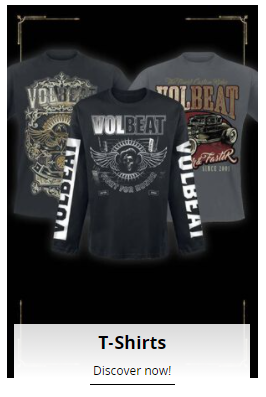 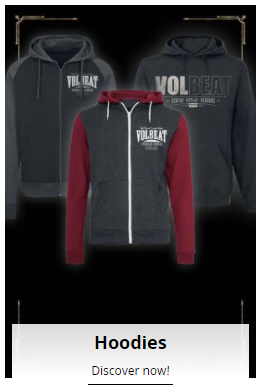 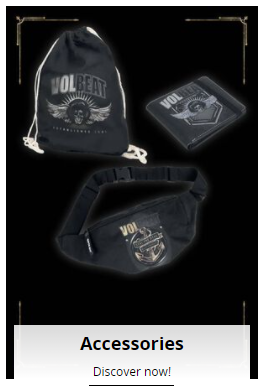