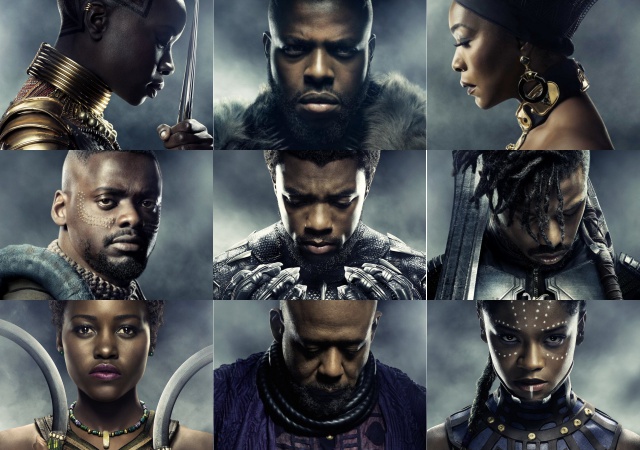 Unless you’re living under a rock you won’t have missed the hype around Marvel’s latest installment in their mega franchise, The Black Panther. Ever since his entrance in Civil War, fans have eagerly awaited King T’challa’s chance to shine in his own movie.

By now the movie has been dissected a million ways and that was before anyone saw it! With much being been made of the primarily black leads and afrofuturism that the films centres around this movie had a weight of expectation behind it and it is no surprise that this is on track to become one of the most critically acclaimed superhero movies of all time. 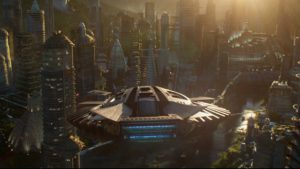 Marvel movies tend to have a uniform blandness that prevents them form having any kind of visual personality but this film is definitely an exception. Taking visual cues from African fashion and afro futurism, the film presents a world view simply never seen before in the history of cinema and gives the film oozes with personality 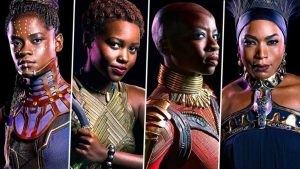 It’s not just ethnic diversity the film deals in. While this a movie about fathers and sons, gender diversity is on display as the main character is surrounded by women. Lupita Nyongo, Danai Gurira, Angela Bassett and Letitia Wright are given time to shine as T’challa’s love interest, General, mother and sister respectively. Rising star Wright in particular is given all the best lines and allowing her to almost steals the movies. 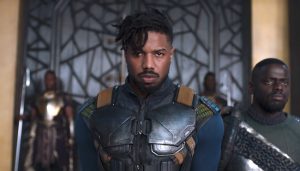 Marvel has found it’s Magneto with Michael B Jordan’s Killmonger. This movie isn’t just all action and the focus on character extends to the villain, who by the end you actually sympathise with. Jordan’s portrayal is one of Marvel’s best villain performances as you come to realise, and more importantly understand, just how his character got to be who he is by the time he faces up with Black Panther. 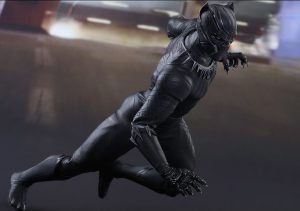 Whilst the actual beats of the action play out exactly like a typical Marvel action scene, the fights are never surplus to requirements and never display the going through the motions feeling modern action scenes can sometimes bring. All the fight scenes are relevant, they serve a purpose and move the action forward. An extended car chase scene in South Korea is a particular highlight of the movie.

Whilst the movie is a great exploration of race issues and personal responsibility propelled by on point action scenes, the film is not without it’s weaknesses. Ultimately several parts of the plot are predictable with their outcomes being able to be seen from miles away. Also, while the climax of the movie is suitably entertaining and serves it’s purpose, it’s slightly derivative and could have done with maybe a little more talking and focus on character.

Rating: Ultimately this is a great Marvel movie that may just be a contender for their best one yet! A solid 9/10. Wakanda Forever!