Interview with Aaron Matts from Betraying The Martyrs – London 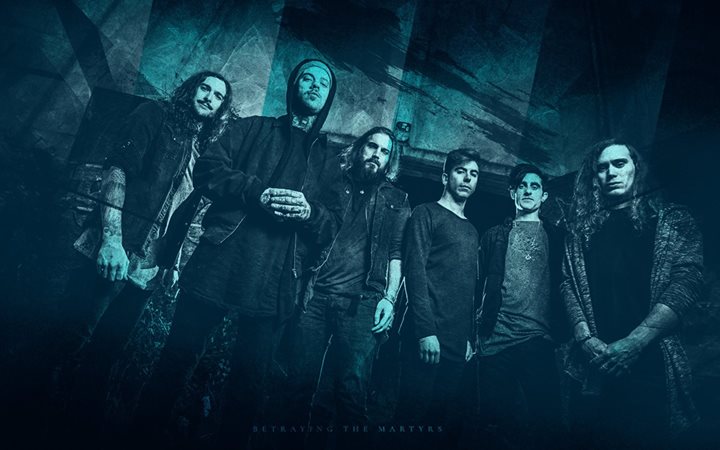 Formed in 2008, Betraying The Martyrs is the perfect example of English and French cooperation, after releasing 3 albums they have proved themselves as a consistent and solid band known for heavy death-growls and incredible piano leads courtesy of their clean vocalist and keys player Victor Guillet.

I was lucky enough to sit down with their frontman Aaron Matts back in March when they played Borderline in London where we talked pineapple on pizza, their latest album and touring in America. See the interview below:

After a chat and a drink we went each to our own, and I got ready for the show. The opening bands “From Sorrow to Serenity” and “Modern Day Babylon” played tight sets and were perfect to get the crowd ready for the main event!

The show being in a tiny bar without a barrier already told me this would be a show for the books! Out walks Aaron and the rest of the band ready to go, towering over the crowd in an almost religious manner, and from the first note the crowd went insane. I stood as close to the stage as possible, turned around for a second and there I see a late 40’s Irish guy I met a few hours earlier going mental in the pit together with strangers from all walks of life.

For the next 45 minutes or so the entire room was taken by an incredible energy and Betraying the Martyrs sounded stronger than ever! There were mosh pits, jumping and hugs all around – even though we were all strangers, everyone was friends during that show. After the set, all the bands hung out at the merch table sharing laughs and having drinks, showing there were no room for egos on this tour.

All in all, the experience was incredible and if you haven’t seen Betraying the Martyrs but are intrigued after hearing their music, definitely go if you have the chance, and I hope to meet you the next time they are in London!

Check out our Betraying the Martyrs and more band merch!