2018 is shaping up to be another great year in the world of heavy music, and things are off to a strong start this month. Just this week, in fact, we’re looking forward to not one but two massive new releases from two of our favourite bands on the circuit. Read on for a taste of what’s in store… 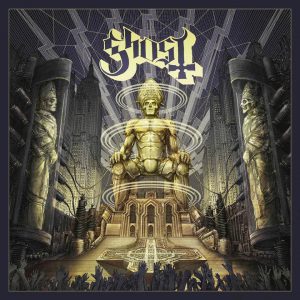 After storming the main stage during their headline set at last year’s Bloodstock, with a truly gripping run-through of the band’s ever-growing catalogue of hits, Ghost seem to be on the up and up right now. Their eagerly-awaited live album Ceremony and Devotion is out later this week, and we can’t wait to get our hands on this little souvenir of what may well be their best tour yet. The set was recorded live during their recent Popestar tour in the US, and takes us on a journey through the band’s most popular hits such as Square Hammer, Cirice and Con Clavi Con Dio.

Live, Ghost really come into their own, with their mix of music and theatrics, and the incredible magnetic power of the charismatic ‘Papa Emeritus’. Whilst a live album can’t quite recreate the visual impact of the band’s live shows, it does bring out a certain something in their performance that you won’t get from the studio versions of the songs. If you’ve seen the band live, maybe you’ll know what that something is. Maybe the way that Tobias Forge seems to catch the eye of every individual audience member, or the way that the crowd come together into something more like a congregation, as if to worship at the altar of Ghost. If you haven’t seen them yet, grab yourself a ticket as soon as you can. But in the meantime, pour yourself a glass of red wine, light some candles and come together as one with Ghost’s Ceremony and Devotion. 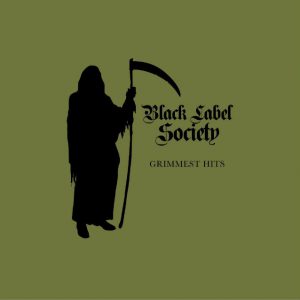 If a live Ghost album isn’t enough for you, never fear – we’ve got a double treat in store with Black Label Society’s appropriately titled ‘Grimmest Hits’ dropping on the very same day. If you’re a BLS fan you probably know what’s coming by now: a hefty slice of bluesy and groovy heavy metal with a Southern rock feel. This what the Sons of Anarchy would sound like if they formed a metal band. Grimmest Hits boasts twelve brand new tracks that are unlikely to disappoint if the singles All That Once Shined and Room of Nightmares are anything to go by. The video for Room of Nightmares shows the band literally blowing away a kids’ birthday party with their mix of stomping guitars, pounding drums and hearty vocals. All That Once Shined has a slower and more doomy sound that calls classic Black Sabbath to mind – unsurprisingly, some might say. Well, we’ve never been ones to turn down a good bit of Sabbath, and we’re curious to see what else the blues rock legends have in store for us on the album. Judging by the fan reaction to the first couple of tracks, this may be their strongest album for a few years, so don’t miss it.

Peaked your interest? Keep an eye on our Ghost range or Black Label Society range

What other albums are you looking forward to this year? Let us know in the comments!