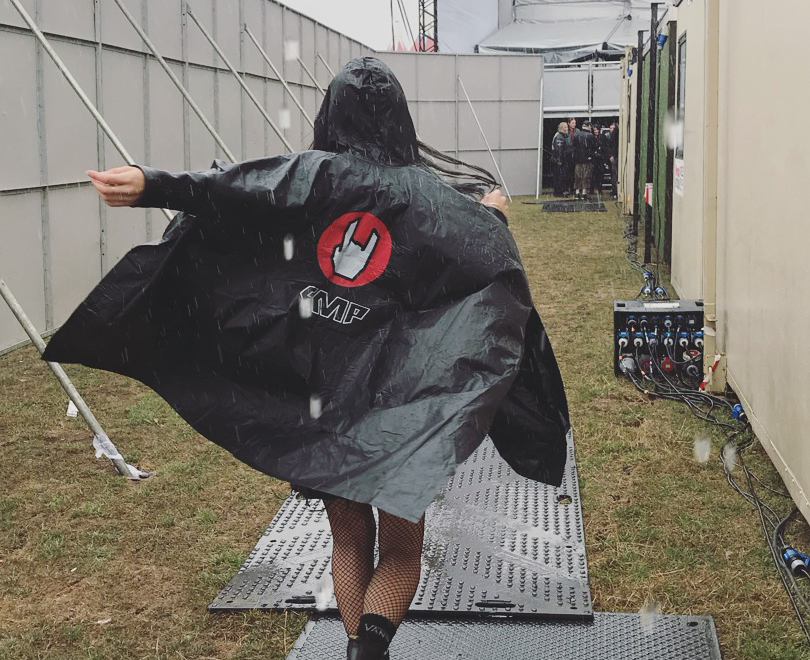 Of All the metal festivals I’ve been to in the UK, Europe & across America, Bloodstock is easily one of my favourites. I’ve personally been going since 2010, I even played on the mainstage in 2016 (which was incredible). The atmosphere amongst fans is always amazing. For those of you who haven’t been yet, its family friendly, easy to get around, no overcrowding, you don’t have to pay £20 for a beer, the food is great and caters for all tastes. And of course the line-up is always diverse (as much as it can be in rock / metal). 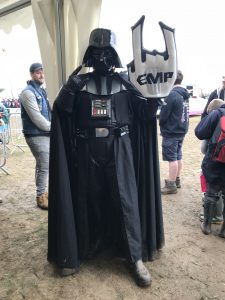 About 50% of my friendship circle I have today, I made at a Bloodstock Festival, as did most people I know. The best bit is that Bloodstock was made by the fans for the fans, even way back in 2001 but back then it was held in 2,000 capacity indoor venue that the MIGHTY Saxon headlined. In 2005, it went open air and most Bloodstock goers now simply name it as “Home”.

EMP were there of course, we had a stall in-between the signing tent and the mainstage where we were selling some of our merchandise and handing out cool EMP freebies. Best of all, we got to meet some really great people and of course, see some excellent bands play!

Bloodstock starts on the Thursday evening and the second stage (which is named after Sophie Lancaster  – R.I.P) is the only one open until things really start on Friday. Everyone goes there to hang out, catch up with friends and watches the first bands of the festival, which obviously means party night. So, when it comes to the 1st actual day of the festival there are a lot of hangovers walking around on that field in Catton Park. 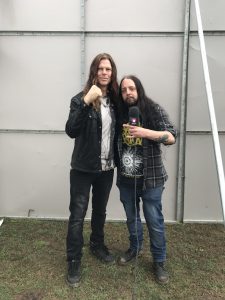 The main headliners of the weekend were Judas Priest (seriously, how awesome is their new album?!), Gojira and Nightwish. There are 3 stages all within a few minutes walking distance of each other: The Ronnie James Dio mainstage, The Sophie Lancaster second stage and the New Blood stage. Now the New Blood stage deserves a special mention here: The line-up is made of winners of the Metal 2 The Masses competition which is held all over the UK each year which gives the opportunity to up and coming bands to play at a big festival, expand their fan base and gain exposure – how cool is that! If you are an up and coming rock/metal band I highly recommend you check it out and enter. Its run by Bloodstock’s Simon Hall (legend) and EMP are a part of this too, we sponsor the finals – cool right!

The 3 days of Bloodstock for Team EMP were a fun chaotic mix of selling lots of merchandise, handing out a ton of EMP freebies, chatting to EMP customers about anything and everything, getting rained on, getting burnt by the sun, eating good food and amongst all this we even had the pleasure of interviewing some really cool bands!

These are just some of the friends old and new that we caught up with:

Blakkheim and Axe of Bloodbath
Henrik of Evergrey
Hamish of Godthrymm (who’s also my fellow guitarist and dear friend in Vallenfyre)
Lord Ragnar Wagner of The Heretic Order
Dan of Monument (video below)
Brady of Conjurer
Raimund of Nailed to Obscurity (fun fact – Raimund works at EMP too!)
Josh and Morgan of Bloodshot Dawn
Chris of Act of Defiance (cheers for the coffee!)
Karl of Memoriam (previously of Bolt Thrower)
Matt and Jason of Weight of The Tide 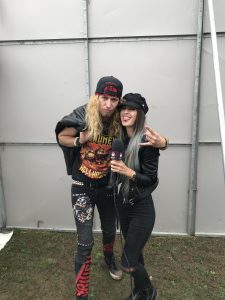 Huge thanks goes out to all of those guys for their time as I know they all probably had beers waiting for them to drink somewhere.

My personal highlights of the festival was watching Hamish of Godthrymm perform on the Sophie Stage, watching Henrik of Evergrey playing guitar in a way that I can only dream about, witnessing Negative Thought Process absolutely destroy the New Blood Stage just like I knew they would and seeing Gojira headlining the festival on the Saturday night – that was absolutely Incredible. It was a real “I was there!” moment to look back on in years to come!

This is my first year as the Event Manager for EMP so it was my first time working for EMP at Bloodstock and I must say that I met some great people over the 3 – 4 days there. So to those of you who came to visit us, chatted to us, bought merchandise from us, we thank you!

None of this would have been possible without the support of the Bloodstock team – Adam Gregory, Simon Hall, Alan Hungerford and your crew, we can’t thank you guys enough.