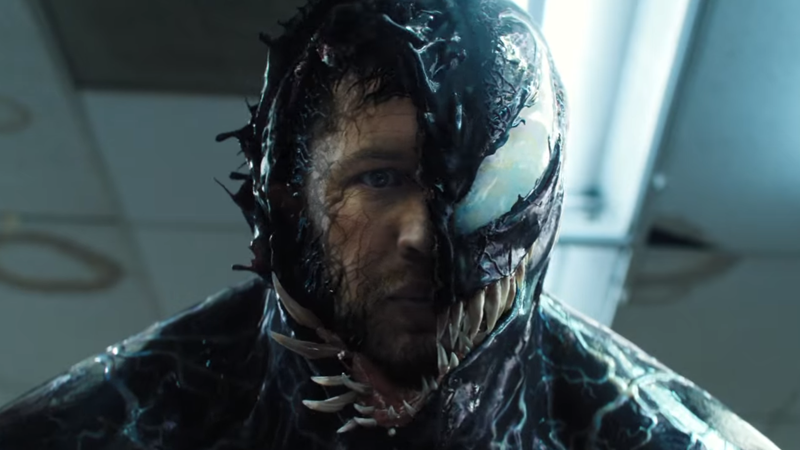 Venom hits the big screens in October 2018 with Tom Hardy portraying Eddie Brock / Venom and it’s been a very long time coming! Original plans for a Venom movie started way back in 2008 as a sequel to Venom’s on screen appearance in Spider-man 3 where, to be honest, he sounded like a Velociraptor from Jurassic Park…..but let’s moved on and away from that. 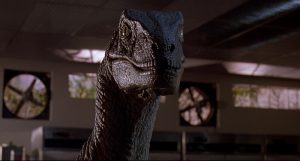 What we know so far

Venom – The film is a standalone movie, set in the Venom-verse, adjunct to the Marvel Cinematic Universe. It draws its influence from the comics “Lethal Protector” and “Planet of the Symbiotes” (so if you haven’t read them yet I suggest you do). It’s set in San Francisco where journalist Eddie Brock starts to look into a shady businessman who is experimenting with alien Symbiotes. As a result of this, is putting people in danger. Our “Anti-Hero” Brock, becomes infected with one of the Symbiotes (enter Venom – who Hardy also voices). The shady business man Carlto Drake (played by Riz Ahmed) becomes Riot. Brock quickly realizes the violent nature of his Symbiote and strikes a deal to only use its violent impulses to hurt bad people. That, is the rough outline.

Venom is one of Marvel’s darkest characters and from what I’ve read/seen, they will be honoring this in the movie. The trailers were given a 12A rating and it looks set that the film will be rated 15. With lines like  “We will eat both your arms and then both of your legs and then we will eat your face right off of your head…”,  don’t expect Venom to be family friendly fun like Ant-Man. 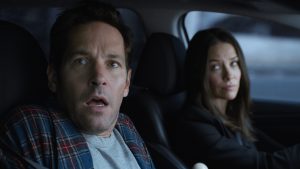 If you’re a fan of the comics (like I am), then this is great news because I really don’t like it when we get a watered down portrayal of a character we know and love. Hardy said at the recent SDCC that the reason he took the role on is because his son came to him with his love for the character. Then as if by magic, a script for the movie landed on his lap. Once Tom read through it, he was sold. For those of you who don’t know, Venom’s character is dark and brutal; he’s a beast and an anti-hero. The trailers that have been released so far have had me fixated to the screen. I’m a big fan of Tom Hardy: his filmography is varied and I personally can’t think of a better actor for the role. 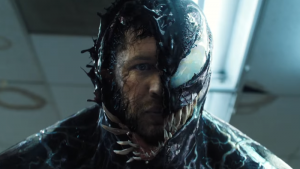 As for the future of Venom… (If this is true,  it is SO EXCITING!)

In August, the studio apparently confirmed that they have plans to crossover Spider-Man and Venom. “They are already in the same universe – so without giving too much away, we are looking forward to the two of them eventually facing off in the future”. Also in this month, Hardy signed up to 2 more films. Until then, we have this first installment to look forward to. Its released in the UK on the 5th October and I am counting down the days until I get to see it! 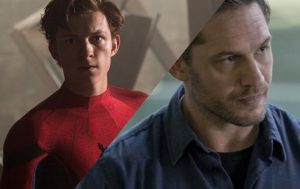 We have a great NEW range of Venom merchandise available to make sure you’re all kitted out and representing your favourite Anti-Hero!