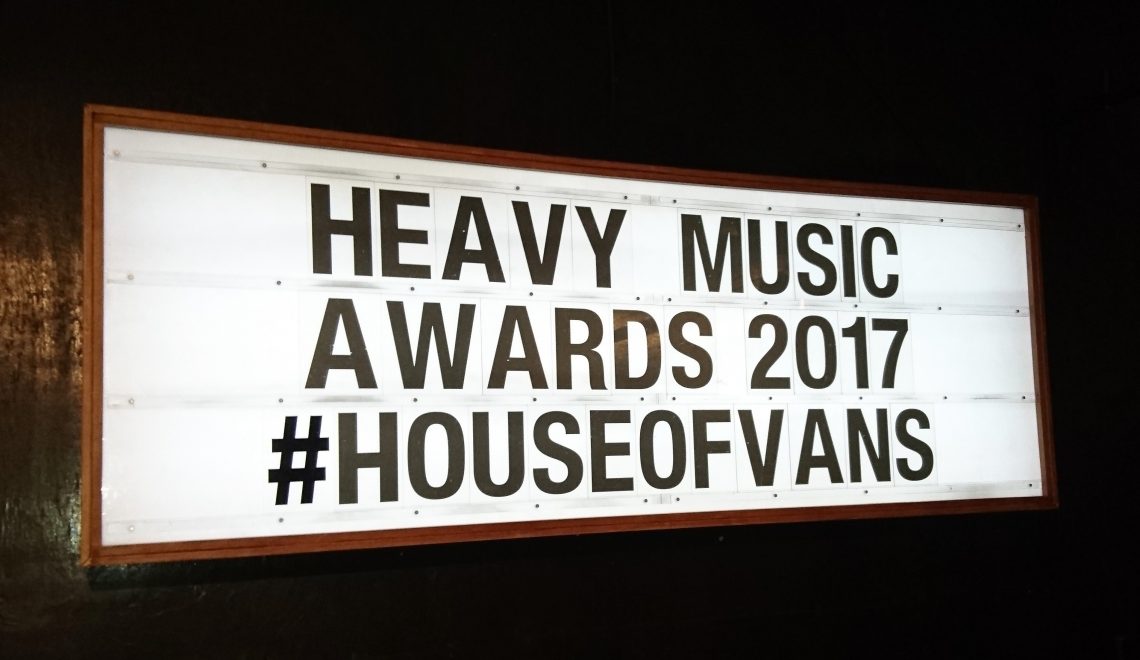 We’d be lying if we said there wasn’t the odd hangover in the EMP London office after an incredible night at the first ever Heavy Music Awards at House of Vans, London last night (August 24).

The Heavy Music Awards were set up as a completely independent awards ceremony to honour the best in rock and metal – with fans voting for their favourite contenders for each award. EMP was proud to be the headline sponsor for the event, which featured a number of awards for everything from best breakthrough band – recognising the most talented new faces on the scene – to best album artwork and best international band. 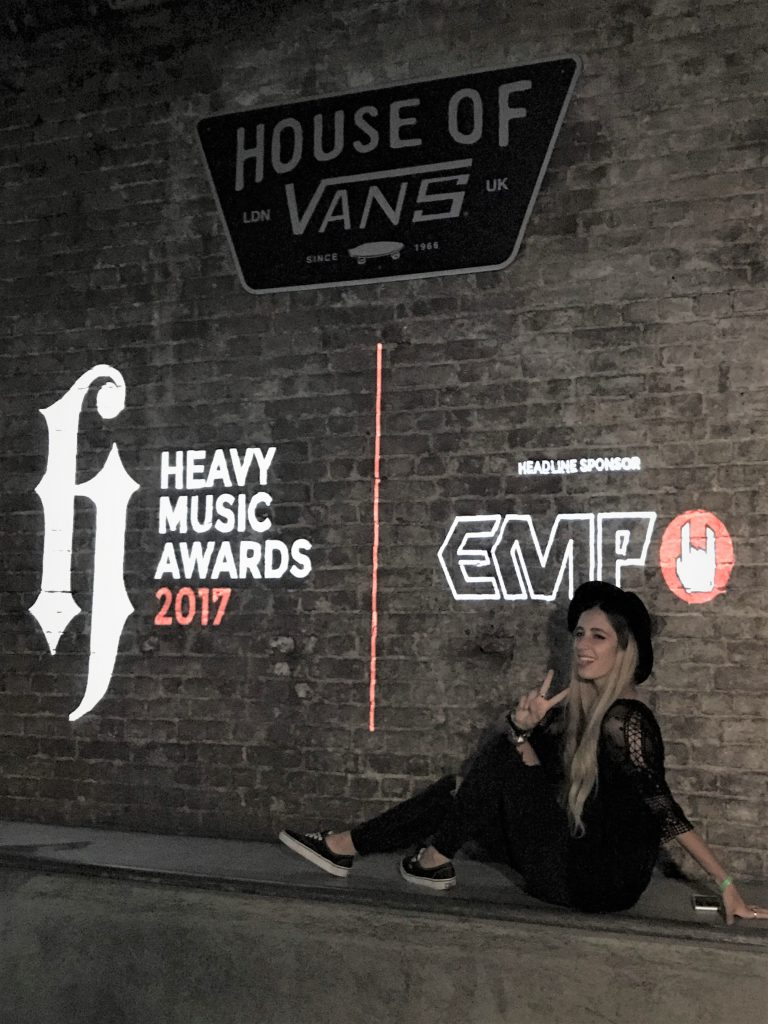 The event kicked off with a high-energy set from up-and-coming punksters Dead!, followed up by Vukovi and Venom Prison.

Venom Prison are my personal tip for a band to look out for, with an unexpectedly fresh take on classic death metal, and an absolutely kick-ass female vocalist who could probably beat even Arch Enemy’s (ex vocalist) Angela Gossow in a screaming competition. 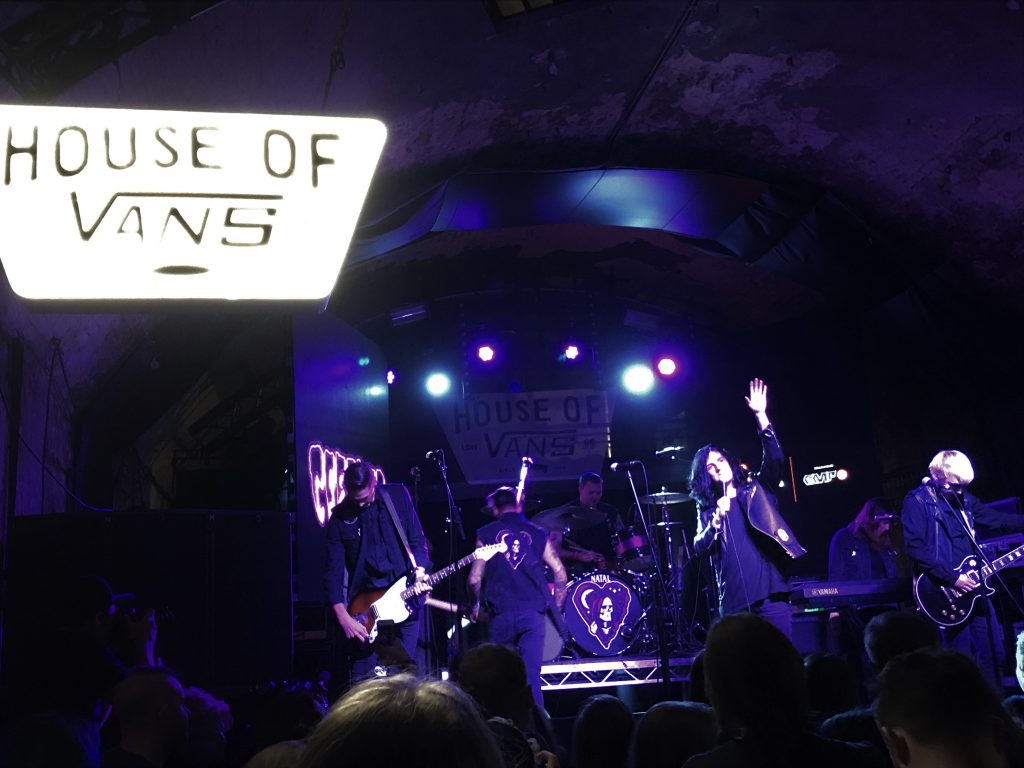 Cloven Hoof were on hand to get everyone in the mood with a healthy dose of spiced rum, and expectations were high for the mix of music and awards to come. The entire EMP London office came down to enjoy the evening at the iconic venue, which sits underneath the railway arches in Waterloo, and plays host to everything from an indoor skate-park to a cinema. Check it out, Vans fans!

Thanks to everyone who came to browse our merch and say hi. 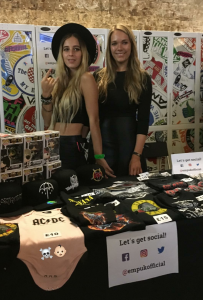 On to the awards themselves. Ghost scooped the Best Album Artwork award for their ‘Popestar’ EP – If the Ghost-hype has somehow passed you by, you seriously need to get out there and see them live, as they put on a stellar live show. Best UK Band was picked up the by the one and only Black Sabbath. Whilst there are some other great homegrown bands out there, Sabbath are the undisputed kings of heavy metal, and credited for the birth of genres from stoner rock to doom. A very well-deserved Best International Band went to the mighty Gojira, who have gone from strength to strength in recent years, including being announced as headliners for next year’s (incredible-sounding) Bloodstock Festival. We can’t wait!

Finally EMP’s Mark and Elena had their five minutes of fame on stage as they got up to announce the winner of the EMP-sponsored Best Album award together with Enter Shikari.

Although I personally was rooting for Gojira, it was awesome to see the trophy handed over to Architects for their quite frankly marvellous 2015 release, All Our Gods Have Abandoned Us. The band dedicated their success to the sadly-missed Tom Searle. The guys are straight off from the HMAs to smash the main stage at Reading and Leeds Festival this weekend, so be sure to check them out if you’re going.

You can see a full list of the nominees and winners -> HERE.

The evening was rounded off by the headliners, newbie punk rockers Creeper, who have rocketed to fame since their inception in 2014 thanks to their vibrant and catchy songs and pretty much endless succession of hits.

For those for whom rocking out for a solid four hours wasn’t enough, there was of course the afterparty. It’s been an amazing night, so thanks to everyone who turned up.
Watch out for next year’s event, and be sure to vote for your favourite band to get the recognition they deserve!