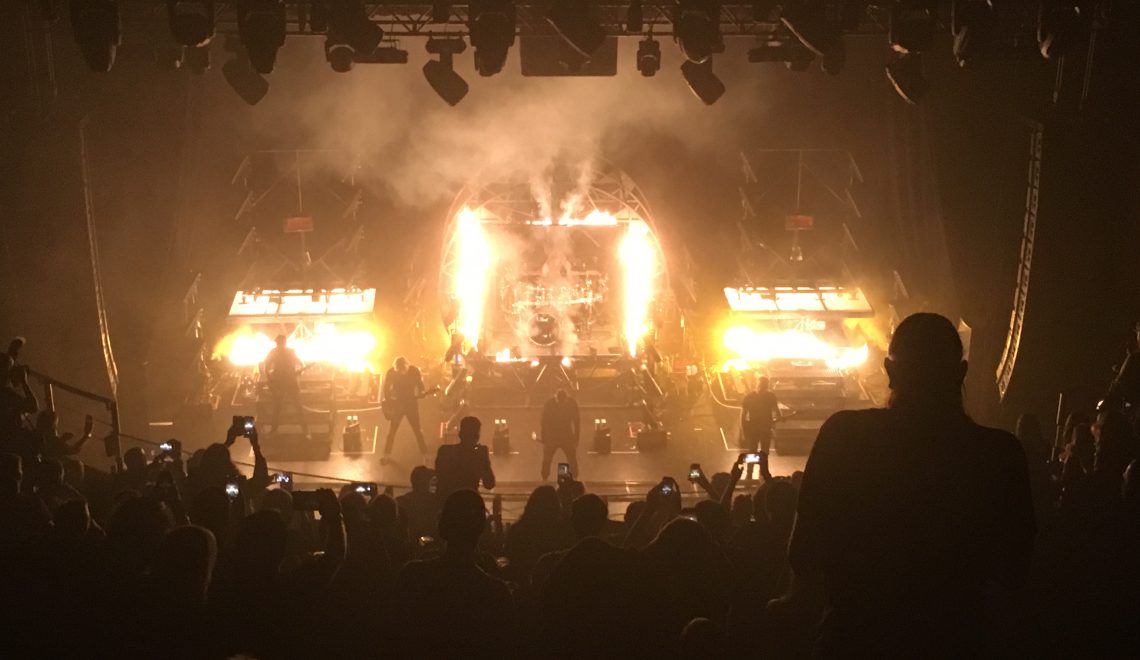 Us metalheads have to face the harsh truth that the Grammy’s is never going to acknowledge our genre. It is true that they give out an award for “Best metal performance” but it’s usually announced before the actual show during an un-televised event where the house band introduce Megadeth with “Master Of Puppets” and the bands just show up for the open bar. Luckily the magazine Metal Hammer decided to take matters into their own hands and founded the “Golden Gods Awards” in 2003. EMP have been invited to many over the years and here we’re going to give you the low down on what happened on the 16th anniversary!

The evening started off on the black carpet. Artists and journalists alike were all excited to see who would take the awards home and were all mingling in front of the media wall sharing laughs and stories. I had the honour of once again bumping into Betraying the Martyrs‘ Aaron Matts, whom the observant EMP follower would know I interviewed a few months ago and we had a quick catch-up before heading upstairs to catch the main event! 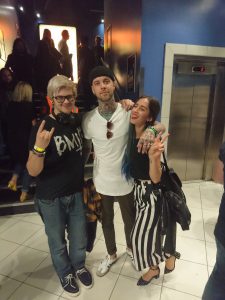 The show started off with a hilarious MC warming up the crowd, mostly by making us yell, growl and scream in a matter that took me back to my college days studying music. After the vocal warm-up, the show started with a brilliant performance from “Carpenter Brut” firing the starting gun. After a performance with a ton of energy to make sure the crowd was in a good mood, it was time for the awards.

The time from there on out flew by! The ever so talented Jamey Jasta from Hatebreed guided us through the nominees and guest presenters brilliantly and it was exhilarating seeing bands like Wolves in The Throne Room and Code Orange getting the awards and recognition they deserved! (full list of winners at the end of the blog)

After the first half of the awards the stage was made ready for the band that would win the Inspiration Award later in the evening: Meshuggah! Meshuggah, to no one’s surprise, delivered an amazing show with great songs and a performance for the ages, showing that even though they have been around a while and are starting to get older, they have no intention of stopping! After the progressive-djent metal that is Meshuggah wrapped up their last song, it was time for an acoustic performance by Myrkur! She walked on stage with a cello and a single drum preforming a haunting song that instantly took you to the dark forests of Scandinavia with trolls and hulders – a truly a mesmerizing performance that proved she was worthy the “Best album” award. The last band before the second half of awards were Grammy nominated band Baroness. Baroness preformed a set that combined punk and sludge in a fun way and was the perfect choice to wake up the audience before the last half of the awards with heavy hitter awards like the “Icon” and “Golden God Award”! 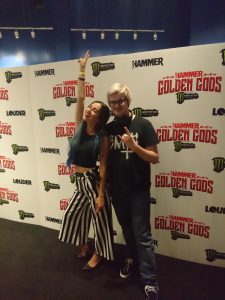 The second half of the show starts of Jamey Jasta making some jokes and once again introducing guest presenters to give out awards like “Defenders of Faith” and the “Inspiration award” One of the highlights however was the “Global Metal Award” that made its debut this year, and the recipient Kaoteon from Beirut was well deserving. Kaoteon came from a world where they’ve been arrested and beaten simply for playing the music they love; they truly deserve our respect for standing steadfast and facing adversary for the genre we all love. The last award of the evening however was the famous “Golden God” award introduced by none other than Zakk Wylde himself honoring the winner Ozzy Osbourne with a brilliant speech about Ozzy’s accomplishments throughout a 50-year long career. After Ozzy received the award with a simple “Thank you, it’s an honor” it was time for the main event and fresh “Defender of The Faith” winner: Parkway Drive!

Parkway Drive is a band I’ve seen 4 times already and their shows always include a lot of fire – something which the fire department in Oslo, Norway can attest to after a show I went to 2016 where front man Winston got a bit too excited playing with flares. This show also included a lot of pyro and the stage production quality was through the roof with drummer Ben Gordon spending a large portion of the set playing upside down in a huge hamster-wheel! The set (which I wish never ended) flew by playing both new and old songs; but alas it had to come to an end and with it a brilliant evening honouring the musicians and bands we all love. 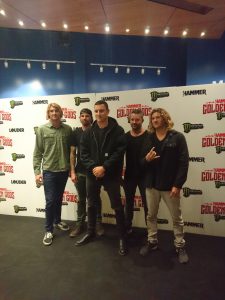 I must give a huge thank you to Metal Hammer for putting this together. Metal is a wonderful genre in that it’s so vast and inclusive: you could stand in the crowd and see strangers from all walks of life hugging and having a great time because at the end of the day, we were all there sharing the same passion and same love; and with that it’s okay that the Grammys might not ever properly acknowledge us. Us metalheads are a huge family with friends at every show, and that shared community is worth more than all of Kanye West’s awards multiplied by 4. (he got 231 if you were wondering)

Defender Of The Faith: Parkway Drive 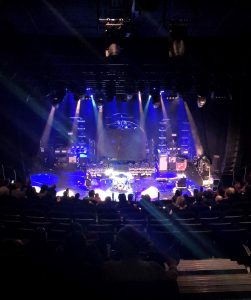