We Came As Romans – Forever remembered in loving eyes 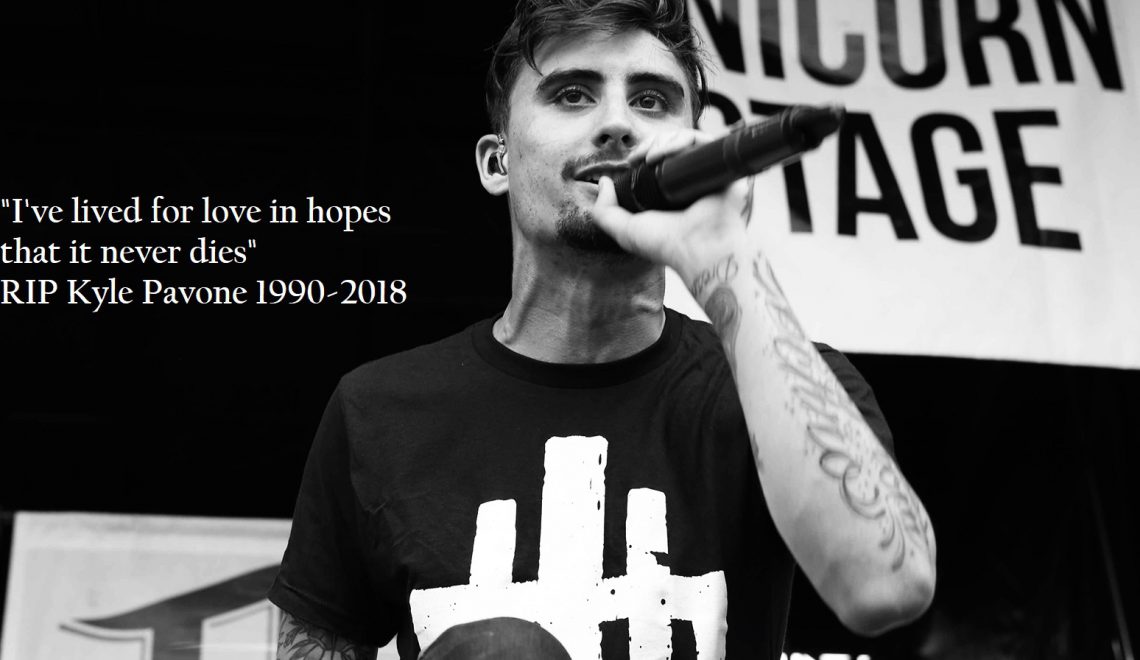 We came As Romans has always been in the top 5 of my favourite bands, I will go so far as to say that their album “Understanding What We’ve Grown To Be” is a metalcore masterpiece. That album does something cool that it got 12 tracks, the first 5 is very dark and negative and lead writer Joshua Moore talks about his own flaws as a human, the 6th track “A War Inside” is 5 minutes long and in the middle of the song almost down to the second there is a piano break and from that point the album switched themes to something positive and the next 5 songs is about overcoming mental illness, just spread love and be kind to each other, before ending with a reflection in the last song that also is the title track. I could honestly talk about that album and why its brilliant for hours. As you can probably tell I am a huge We Came As Romans fan and unfortunately for me the show sold out before I could get tickets so I panic-emailed their press contact hoping to get an interview and a guest list spot, and I luckily did!

I came to Underworld a normal May day, the sky was grey as is tradition in London and the temperature was fairly warm. The first band was hours away but already the queue almost went around the block, which is understandable with a brilliant line up consisting of Polaris, The Plot In You, Alazka, and of course We Came As Romans everything was in the cards that it would be a brilliant night!

I got a text from the tour-manager to meet him behind the venue and he would take me in the backdoor, the walls inside were covered in stickers, and I was just mesmerized by all the shows that had taken place in the venue. So much history on these prisonesque walls. After a short set of stairs, I was in the surprisingly big greenroom, all the bands were chilling with their stuff. Drinks were being consumed and Dave (unclean vocals WCAR) sat on his mac in the corner. I was meeting Josh (lead guitar) and David (drummer) but Josh had disappeared so while the TM was hunting him down I got to have a short talk with Kyle which in retrospect is something I will forever cherish. After Josh had been located we headed to the tour bus and had a 20 min talk you can check in this video.

The interview wrapped up and I headed inside to catch the show, and what a show! Every band completely knocked it out of the park. I stood so close to barrier as I could and kept getting kicked in the back of my head by crowd surfers, which most of the time is a sure sign of a good show. The newcomers in the scene Polaris did put on a great show, and I am really convinced they are a band that we will see grow and grow. The Plot in You is a band I have enjoyed for a long time and was excited to see them Landon is an extremely strong vocalist and the emotion he conveys in his voice is second to none. Alazka the co-headliner was probably the band I was least familiar with, but after their set I would definitely call myself a fan.
We Came As Romans however, wow. What a set. They started off with Vultures With Clipped Wings and the second Dave screamed “I never found peace, but now I am fighting a war” people went insane and was just in awe song after song. David and Kyle did a duo thing in the middle of the set combining a drum solo with an EDM sound and even that made people jump. It was the first show in a long time I wish wouldn’t end but alas during their second to last song “Tracing Back Roots” I had to back down to the bar and get a million litres of water before dying of dehydration. The show ended with them playing “Hope” and even with aching bones and a ringing in my ears me and so many others went home with a smile on their faces.

But, to end this with the elephant in the room… After the production of this video finished We Came As Romans vocalist Kyle Pavone sadly passed away.

Because of that I was honestly struggling to write this blog. For weeks I stared at the screen trying to come up with what to say. If I wrote it just after the show I’d be fine, if I wrote it in July I’d be fine, if I wrote it August 24th I’d be fine, everything before August 25th would be fine, but since its currently October 1st I have to struggle to hold back the tears thinking back to seeing a show I absolutely loved and will never be able to see again. I remember when in 2016 Architects‘ guitarist Tom Searle died of cancer it hit me like a brick, then last year when Chester Bennington died I saw the article and had to go to the backroom of the 7/11 I worked at the time just to have a decent cry and listen to some Linkin Park. And now just over a month ago, I was on holiday in my home country (Norway) having a beer with some friends and having a good time before getting a text from a friend saying “Kyle Pavone is dead.”…

It felt like time stopped for a second, I refused to believe it, thinking it was a messed up joke. But at one point I had to accept the truth. I guess in the end you just have to appreciate the music we got from Kyle and try to take a lesson from him, mainly that life kinda suck, but that doesn’t mean we cannot make it a bit less shit by trying to spread love, make other people smile and live for each other. Rest in peace Kyle, in “Promise me” you worry about not being remembered after your passing, but I can assure you: you will be remembered in loving eyes. 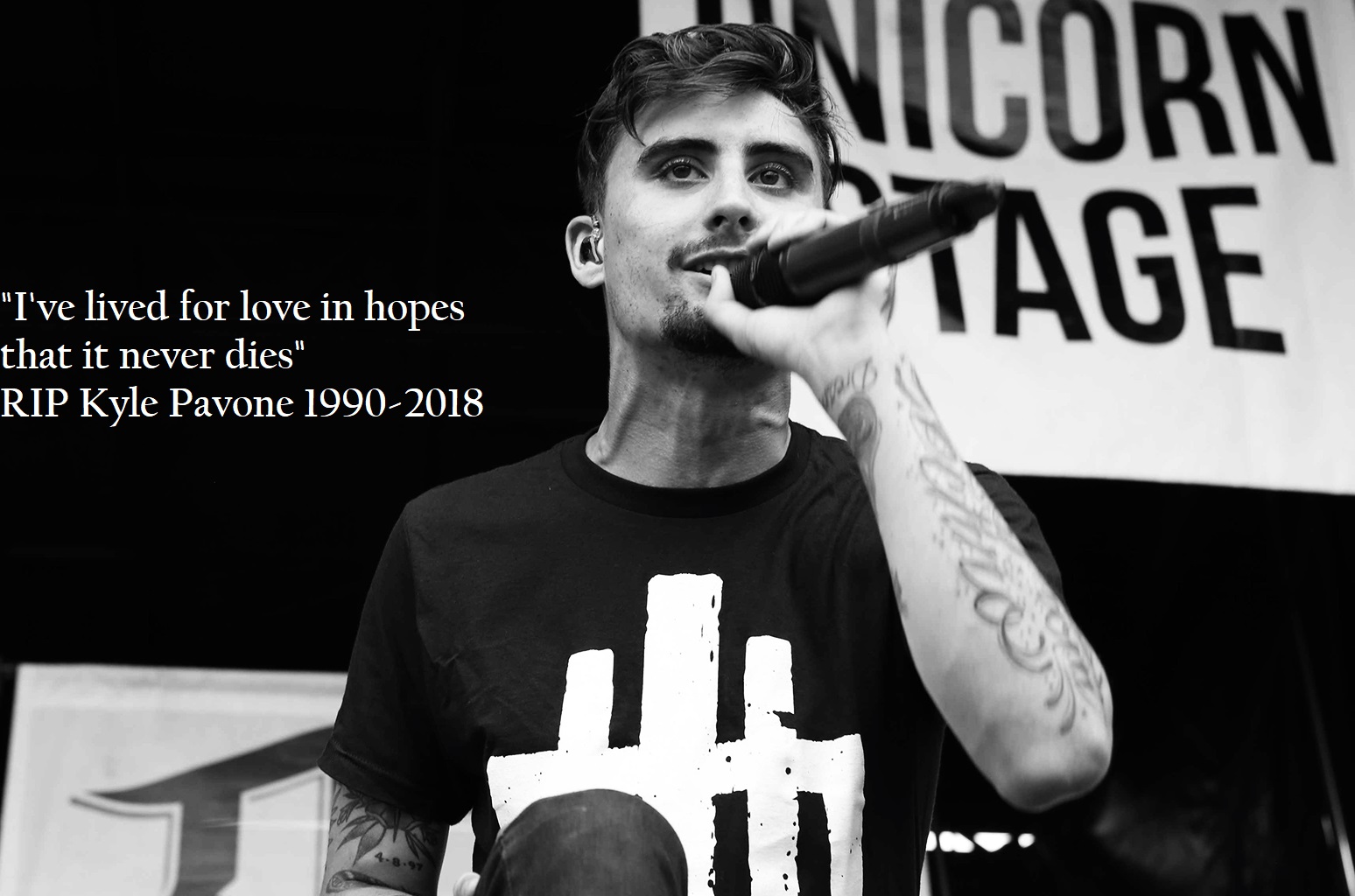 Our thoughts go out to the band and Kyle’s family and friends. Please check out The Kyle Pavone Foundation that works to help people in the music community that are struggling with mental illness or addiction. https://kylepavonefoundation.org/

Check out We Came As Romans and more band merch here! 👉 emp.me/177Y